This renovation has reminded me of a children’s church song… “Joshua fought the battle of Jericho and the walls came a tumbling down!”  🙂

Well I mentioned that Scott and I have our own “Fixer Upper” like Chip and Joanna Gaines, but unlike them- We have NO construction or design skills!  🙂

However, one thing I have learned from Joanna, is how to knock down a wall.  I have walked all through our house and pointed out walls to knock down and “open up the space.” 🙂  And like Chip, Scott has enjoyed the demolition of them. However, he has not yet tried to run through one like a football player like Chip, and if you have not seen that episode… it is one of my favorites!

There was one particular wall in the kitchen/dining area that I was adamant about knocking down!  Scott was really hesitant, and even the men doing the construction did not want to do it.  All the hesitancy because of it being a load bearing wall.  Then there were suggestions of knocking down the wall and putting columns or posts up to help bear the load.

(The wall is the one to the left with the cabinets on it.  It separated the dining room and the kitchen.  In addition all of the cabinets had soffits above the cabinets, which in my opinion closed the room in and made it look smaller…channeling my Joanna! The kitchen also had some other cabinets that wrapped around and also closed off the kitchen making it smaller and darker. It all had to go!)

The infamous load bearing wall from a different point of view.

I stood my ground.  I did not want any posts or columns, but a complete open space.  We had another builder come over that we met, because Scott almost caught their house on fire. (A whole other post- I can not believe I have not shared that story yet!)  Anyways, we quickly became friends through that whole ordeal!  And he came over and said he really thought we could put a support beam in that could bear the load across the whole ceiling and I could have all the open space I desired!!! But they meant we would have to tear the ceiling out.  Scott just said he could feel the $$$ adding up!  (Just like a man!)  But as the saying goes, “If Mamma ain’t happy, ain’t nobody happy!”

We have several builders in our church, and they all wanted to come over and see the infamous wall I wanted to tear down as well!  We welcomed the extra opinions and advice!

They also said it was a slight possibility, but the only way to know for sure was to bring in an engineer.  Well, we just so happened to have one in our church that approves building plans for many builders and for the city.

(A side note here, and you will read me writing it over and over again…. We are so thankful to many in our church family that have helped us with the house…demolition, ideas, labor, painting, mudding, yard work, cleaning, recommending skilled workers, and drawing plans!)  Without you we would have not been able to get on the path of completing our renovation in a timely and affordable manner!)

Back to the engineer, he came over and said it could be done!  YIPPPEE!  I was so happy and could visualize my open kitchen and dining area.  And thankfully it was not too costly!

Our biggest demolition started with an organized work day by Mr. Howard, some deacons, and other church members.  They worked all over the house and the yard!  But I am just going to focus on the kitchen/dining area in this post.

So I arrived mid morning, and this is what I saw… Cabinets gone! (We are getting new custom made ones, by one the most precious man I know!  He is also a church member…but more than that he is a prayer warrior and cares about his church leaders and their family.) Soffits gone! Old appliances gone! Part of the load bearing wall gone!

Doesn’t it already look more open???  I will post some more pics of this wall coming down soon!

I am also happy to report, that we were able to recycle our cabinets.  We moved them downstairs to Mimi’s new kitchen area in the Mother In Law’s Suite 🙂

1 Comment on "And the walls came a tumbling down!"

Your open space is fabulous already 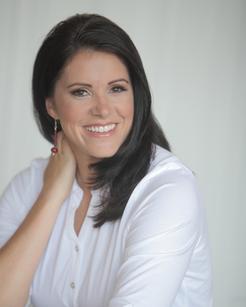